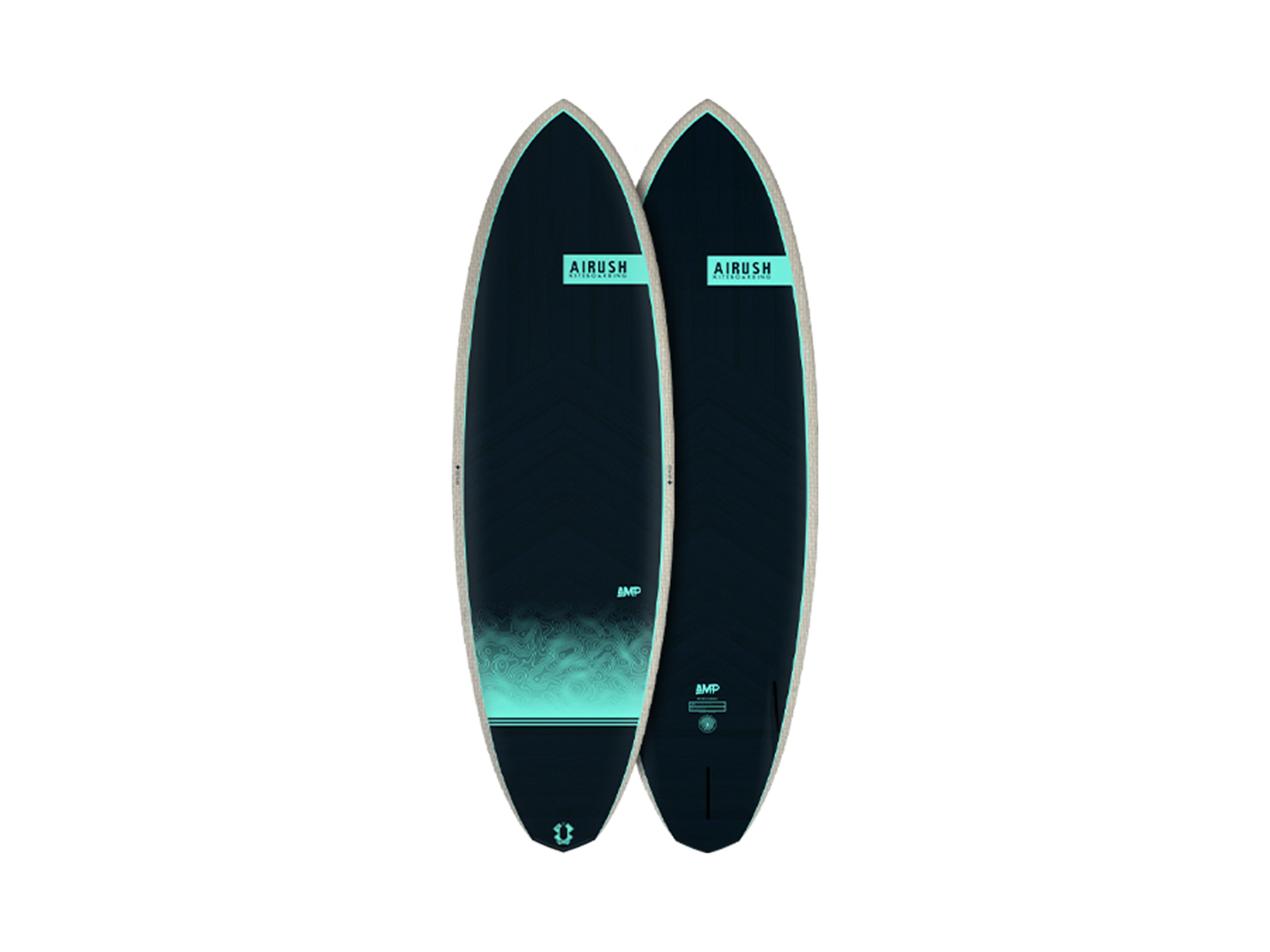 Over the past few years I have ridden the AMP 5'4 more than any other board I have ever had. It started mostly as an accident.

It was always fun in small waves and flat water. The flatter rocker and fuller outline let the board cruise quickly and gave plenty of area to land strapless airs. At the same point it was small enough it pop off the water and control in the air. In the waves the board was carvey, skatey and fun. I started ridding bigger fins with it and it held through more powerful turns and cutbacks but still broke free when I wanted it to. Then I went out on a what I thought was a small wave day but turned quickly to shoulder high, heavy onshore waves. On the my first wave it held the bottom turn and I was able to do wrapping turn on the face and then press on the tail and maneuver a tight turn in the pocket as the wave jacked up. The all around ability of this board is pretty insane. It makes your wave kiting flow smoother as you move better sections. Best all around board I have ever had.

The AMP is our legendary all-around surf shape that combines a flat rocker for high speed and control, with a higher curve outline for optimal drive and maneuverability. The fuller nose aids the low wind performance, whilst the single to double concave absorbs chop effortlessly. The AMP sets a new performance standard in smaller wave and strapless riding.

Save this product for later
Display prices in: USD